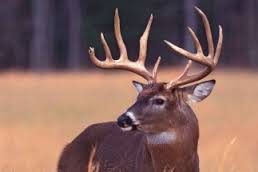 Answer: Not now. As era’s change, natural disasters or pandemics come and go, these types of judgment calls likely change as well. I think we all can agree there are no zombie deer out there eating babies, so there is no need to slaughter them all. I think we can all agree us middle class hunters don’t give a flying flip about insurance company profits vs. our happiness to live. So changing gaming laws based upon rich people’s profits shouldn’t be considered at this point as well. The point I’m trying to get at is this is a TOTAL judgment. Everything is relative to your geographic location and where you are at in life and experiences in the outdoors.

Those of us who have been hunting for over 20 years probably would like to see the minimum buck size increased to being at least a “8 pointer”. We won’t even get into “120 inch” minimum type of scoring. In Michigan, their second buck must have at least 4 points on one side prior to shooting it. Most of us will shoot a handful of bucks, graduate to “8 pointers or bigger”, and after a handful of those, we attempt to shoot only bucks bigger than our biggest one so far. That is the natural progression. So what about the kids? Do you remember shooting your first buck? It’s an exciting time for entry level hunters. Not everyone has fathers who like to go hunting or has access to family land. Many adults are shooting their first trophy whitetail buck when they are in their 40’s! We need to be reminded sometimes our life is finite on Earth and we should enjoy the time we have here instead of being reduced to “111010111’s” and being as efficient as possible for the rich white man to make money off our backs. (For the record, white or black, I prefer the honest working middle class no matter what their race).

The next blog post will have to be about should Kentucky hunting outfitters be required to have minimum buck standards? I’m fairly certain most do, so that might not be a great topic. In fact, that is their sole purpose of quality deer management; growing bigger deer and trying to shoot the oldest and biggest mature bucks around.

Kentucky has it right! They have a 1 buck maximum law in effect. 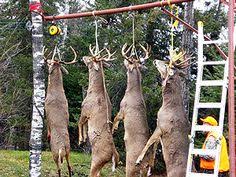 Now we have to define “success rates” and “success” in general. I’ve written many articles about the concept of a “participation trophy” expectation when it comes to paying to go on a deer hunt. Whitetail deer hunting is still a blue collar man’s sport, so I refuse to turn it into a “buy it for your wall” hobby. I’ve done the African big game hunt. That is a participation trophy! Those animals say, “I either saves enough money, enjoy hunting, or make all kinds of money.” They are the best! If you can go on these hunts you are winning at life, but don’t compare it to the challenge of going on Kentucky deer hunt! When we change the name to a Kentucky Deer “Shoot”, then I’ll cave on my morals.

What defines “success”? Hopefully having a good to great time. We all know shoot a buck equals a great time. I’ve met many hunters and received many nice letters from hunters that thanked me for allowing them to hunt my land, even though they spent good money and didn’t shoot a deer. These are the best compliments you can get, but let’s set the bar a little higher than that. What is “success”? Seeing deer – yes. Seeing a glimpse of a potentially big buck that may have busted you – yes. Planning to hunt that same buck the following morning because you know he’s out there – yes.

So what defines a “success rate” and should we judge Kentucky outfitters on their success rates? Do outfitters really know their success rates? I think it’s a completely flawed way of defining a hunt. Most outfitters are using “opportunity rates” now because there is the suggestion that the outfitter should not be responsible if the hunter is napping, misses the shot, spooks the deer, or is holding out for a 170 inch buck and passed on shooting other eligible deer.   So opportunity rates seem to be a fair discussion, but even then, what if all you see as a hunter is a white tail bouncing through the woods and the professional hunting guide said that was a 160 inch buck that smelled us after the wind shifted? Should that count as a 100% opportunity rate for that hunter?

Most outfitters don’t have guides sitting with the hunters unless there are some special circumstances or pricey type of hunt with a good tip on the line. How on earth can anyone honestly give out opportunity rates over any sort of industry-wide standard? I believe the consensus is it’s impossible.  Most do their best to answer honestly. 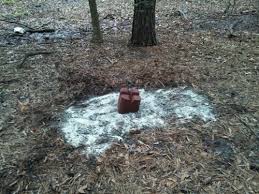 Ok – I’m joking a little. I do believe salt blocks and minerals grow bigger deer, but not for the reason you think. Studies show that mineral subsidies to the trophy deer show negligible results as far as horn growth.   Now there are 2 reasons why salt blocks and the latest and greatest minerals do work though.

#1) When you put out salt blocks and minerals, they do attract deer. You are taking them away from open fields, neighbors who don’t plan or care about the overall management of deer. They just show up with their guns and say, “If it’s brown it’s down.” So these people are in theory shooting less deer from a macro perspective. They also pull deer away from the sides of roads where they get hit and poached as well.

#2) People who enjoy quality deer management practices tend to gravitate to all the different methods you can do to grow bigger deer. The more time you spend putting out salt and mineral for the deer, the more likely you are to “graduate” to more expensive means to deer management. The more pride property owners take in managing their land, the better and healthier the deer are going to be. These same people will grow and go through the hunting evolution themselves to becoming good game mangers. They will have a higher standard when it comes to shooting mature bucks and express those standards to other hunters as well. And it all started because you put out a $5 mineral block.

For other oddball articles, please more at my Kentucky Outfitter site.

Answer: They already do.

Let’s establish a baseline so everyone knows where I am coming from. Kentucky fishing and gaming laws are based upon people’s willingness to actually follow the law. Let’s make the quick jump so you can see my point and I can get back to answering the wildlife management question at hand. Yes, Kentucky allows, or at least hints to people they can shoot a 2nd buck if they are willing to take the risk of getting caught. What is the fine for getting caught shooting 2 bucks? I’m guessing a $500 fine. They claim they will take your guns and truck, but realistically, if you’re not a total dick or repeat offender, it will be a $500 fine. Do you know how many people pay Kentucky deer hunting outfitters thousands and thousands of dollars to shoot 150 inch deer? Isn’t it worth it if you shoot a 150 inch deer? My point is they keep a window open and expect a certain level of poaching.

Let’s get radicle! Let’s say if you get caught shooting 2 bucks, they kill you and your family. It would be reasonable to assume that people would stop shooting 2 bucks and it would be reasonable to assume the government is serious about stopping people from shooting more than 1 trophy whitetail. It’s not just deer hunting in Kentucky, but hunting regulators all over factor in an expected amount of poaching when they decide how many deer the average law-abiding person can shoot while gun or bow hunting.

When government wants to get serious about preventing crime, all they need to do is start chopping toes off. When you get people who repeat offend too much, we will get to your fingers! It’s really simple. But the way some people look at it is we’d be taking away jobs from people if we didn’t put people in prison. It’s a sick system.

Anyway, shooting 1 trophy buck in Kentucky is a great rule for me. However, we’ve all been there, as soon as you shoot that buck, your season is over! That is a bummer! Should be allow you to shoot a second buck if you pay a $500 license fee and that money goes to homeless shelters? No – that will just muddy the waters. Outdoors folks are classless in a sense that we don’t care where you come from or how important you are; we’re all equals. We don’t play PC games and deer hunting is pretty much about skill and equal opportunity. 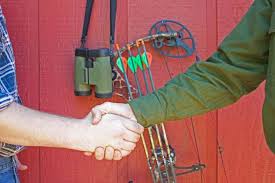 So you’re ready to go on a paid Kentucky deer hunt, where do you start?  Of course search the internet, but what do you search for?  What questions should you ask?  Do you just look at the photos of deer and prices?  Well, that’s a start, but it all depends on how much time you have to research.  Most of you have the time to do a little researching online, but there you are relying upon somebody’s ability to sell you on aKentucky deer hunting trip from typed words and photos that could have came from anywhere.

My #1 Rule:  Call and speak to the professional guide or outfitter.  Go with what your guts says.  If you get a good vibe and feel they are being honest with you, then that’s a great start.  Make sure they have what you’re looking for in your price range and then pull the trigger.

The most ideal situation is to go with an outfitter a good buddy has used and recommends to you.  The issue is most people don’t use outfitters.  It’s not normally an affordable kentucky hunt that most can do.    You can go to a Kentucky hunting forum and ask some questions.

If everything is checking out to your standard,  then if you live close enough, consider going out there for a visit.  Call or text the Kentucky outfitters and schedule a tour of the property!